Everything You Need to Know About Rajasthani Rajputi Poshak

The gratification of the Rajput Women of Rajasthan is beyond measure. Their attire makes it all, none other than; we are talking about the Rajputi Poshak with exuberant Rajasthani Jewelry. The Mughal’s stimulated the Rajput women to have chosen Poshak as their chic of covering. This stunning and lively dress code generally consists of a bunch of garments including Kanchli (inner-wear with sleeves), Waist-length Kurta (a sleeveless blouse), Ghagra (Pleated Skirt) and Odhni (long flowing veil).  Rajupti Poshak looks astonishingly beautiful with its wide range of colors, texture and shades: turquoise and rose-pink, lime-green and orange, satin and net, and tie and dye and gold-lurex embroidery. When you move around with the Rajputi Poshak hanging over you, you appear like sartorial swans, gracefully separated from the rest. Unlike the other Indian apparels, which have their own splendor and varies with each culture in each part of the country, the Poshka is distinct and indigenous to Rajasthan. Wearing it would make you feel not as much exotic as exotically anonymous, as the various layers will bring out your distinct identity magnificently. The Poshak would wear you and you would wear it!!

Most of the Rajput women wear poshak in their everyday life, which is generally a simple poshak having some Gotta Patti over it. The heavy range of Poshak is worn on the festives- Teej, Gangor, and like. The beautiful Poshaks makes the beautiful women feel incredible.
When the Poshak is made, the effort made by its makers is enormous. They think, create and bring out the best. That is why the Poshak itself have its range. Let’s have a look: 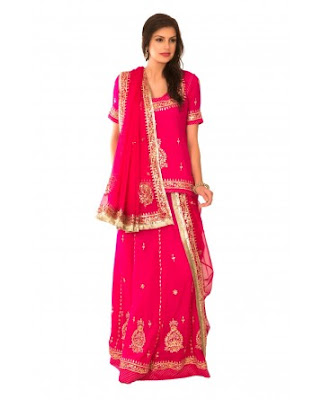 ·         Poshak in Zardosi: To bring newness in the piece of clothing, Zardosi is used. Zardosi, as by its nature, have the beauty of tiny and thin metal wiring. When embroider on the poshak, it enhances its exquisiteness. Zardosi embroidery involves making elaborated designs, using gold and silver threads. Further adding to the magnificence of the work are the studded pearls and precious stones. Also used is the combination of copper wire, with a golden or silver polish, and a silk thread.

·         Poshak in Gota Patti: Gota patti, originated and copy righted by Rajasthan, is just startling. Originally real gold and silver metals were used. But now small pieces of Zari ribbon are applied on the fabric and sophisticated designs are created. It is used along with Kinari work. Generally the dresses with Gota Patti are worn on special occasions and festivals. To add to it, other embroidery stuff like sequences and kundan is used. The combo comes out nicely and makes poshak beautiful.
·         Poshak in Zari: Zari being a thread is usually used on brocade. But it is also a good stuff to use on Poshak. Formerly from Banaras, the thread is now used in various parts of India and even overseas. Zari is basically a brocade of tinsel thread meant for weaving and embroidery. The poshaks with zari are highly appreciated and gives a feel-good feeling to the being.

·         Poshak in Kundan: The kundan as it looks so divergent from all other stones, when put on the poshak, makes you look relish. The word kundan means highly refined gold and is one of the oldest forms of stone made and used in India.  As also known as Jaipuri or Bikaneri jewelry, it has a strong variation. Clothing just looks spectacular when kundan is added to it. The poshaks with these small stones have an absolute gorgeous appearance.

The Rajasthani Rajputi Poshak is a special item of outfit for women. With 4 of its garments namely Kanchli, Waist-length Kurta, Ghagra, and Odhni, it gives you a relish look. Our offered range poshaks, when worn by you, will surely make people flatter at you.
Email Post
Labels: india lehenga rajasthani rajpooti poshak 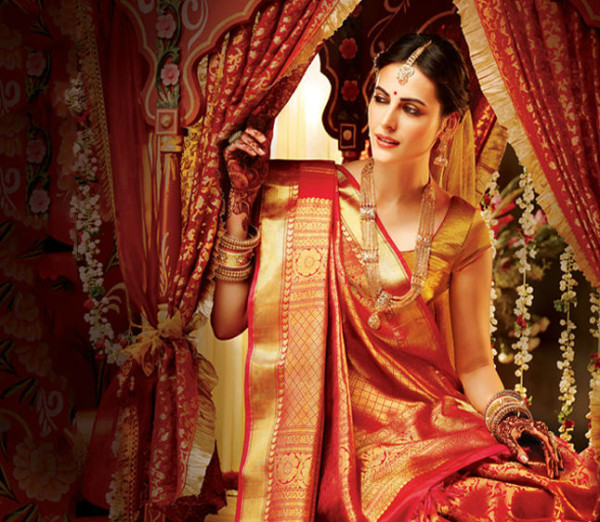 5 Most Beautiful Traditional Sarees That Every Indian Bride Must Have 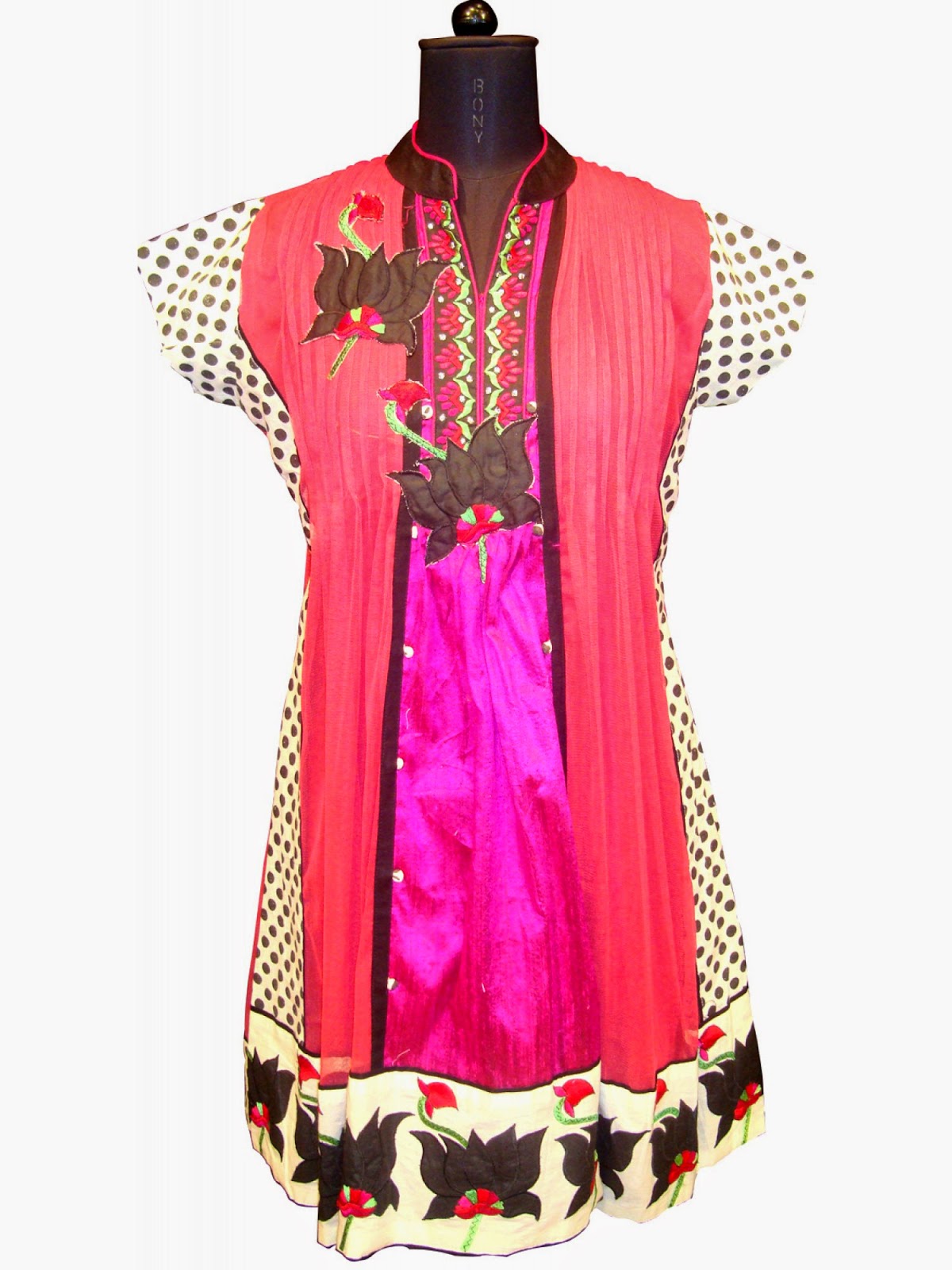 Summer Love – 5 Must Have Kurtis